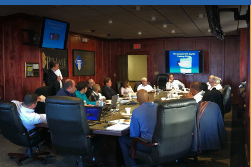 UPCOMING CLASS
Our classes fill up quickly, so contact us today to reserve your spot. The next training class is:

Get In Touch With Us If you would like to learn more about how our program can give you the opportunity to start your own finance business and become financially independent, please do not hesitate to contact

The History Of Franchising The History Of Franchising

A Journey Through The Evolution Of The Franchise Business When someone mentions “franchise opportunities,” what images come to mind? Burgers and fries? Pizza? Classic cars and drive-thrus? While the franchise model, as it exists today, is very different from what comes to mind, the truth is that franchising has roots going back to the Middle Ages and the Crusades, and has taken many forms along the way. In order to understand the current state of franchising, and where it is headed, we need to take a brief trip back in time.

Franchising In The Middle Ages

Franchising in the Western World really starts with the feudal system and the early Church. Kings and lords would offer “protection” to people living on their land, as well as merchants who did business. The cost of protection was taken in the form of taxes, or a percentage of earnings. The Middle Ages also gave rise to the Guild System, which was also an early form of franchising. A master craftsman would take on an apprentice. When the apprentice completed training, he became a journeyman, and would be granted a license to practice the trade, with a percentage of the earning going to the master craftsman. Once the journeyman advanced enough in skill, he could expand the trade by taking on apprentices of his own. This the franchise was partially born out of the guild system.

On the financial side of things, franchise owners can thank the Knights Templar. At the time of the Crusades, the Church made it illegal to lend money. The Templars were an order that acted both as commercial financiers and a franchise. By setting up outposts, they would grant safe passage to the Holy Land for a fee, and that revenue went back to support not only the Templars as a whole, but also the Church. Instead of arranging loans, Templars instituted one of the first instances of business lines of credit, by leasing land and even hiring out their forces for various jobs.

Even though the Crusades ended tragically for all involved, and the Templars themselves were disbanded, the franchise practices became standardized to the point where they became part of the common law. The next big leap in franchising history would not occur until the Colonial Period.

During the Colonial Period, England made a huge push to establish commerce both at home and abroad. This period saw the rise of Franchise Kings – those kings and wealthy monarchs who, by their station, could grant franchises to merchants and laypeople. Once a colony was established, franchise owners would be granted the protection of the Crown in exchange for a slight fee, in the form of taxes. From this period, we get the concept of “protected territory” in the franchise world. Protected territory is where a franchise is given a particular area, and other franchise owners in the same business are prohibited from opening within that territory. The reasoning behind this is that if you have multiple instances of the same franchise existing in a small geographic area, they will cannibalize customers, thereby reducing overall revenue for franchisees and franchisors alike. This concept exists today, and major franchises have detailed maps showing where it is best to open new franchises to allow owners to maximize their profitability.

In the middle of the 1800s, in Germany, beer brewery Spaten began letting local taverns sell their beer, under the condition that they license the Spaten name. This is one of the first recorded instances of a franchise using a brand and charging a royalty fee to increase their distribution. Meanwhile, acrodd the Atlantic Ocean in America, Isaac Singer had a similar idea. Having improved upon the mechanical sewing machine, Singer was looking for a larger distribution area. The problem was that he did not have the capital available to up his production. In order to sidestep this issue, Isaac Singer charged licensing fees to distributors and reseller, while also providing the training necessary to repair and demonstrate the new sewing machines. This revolutionized franchise opportunities, and it still echoes today, as training and trademark licensing are built into most franchise business models that exist in the present.

The Franchise Business Get A New Set Of Wheels

With the advent of mass production and the new craze for the automobile, franchise opportunities took the next leap forward. Car manufacturers expounded upon what both Isaac Singer and Spaten accomplished, by allowing business owners to sell entire lines of automobiles by licensing the name and purchasing proprietary parts for repairs. To complement this, petroleum companies, such as Chevron and Esso, licensed their names and branding, as well as ensuring a steady supply of gasoline, to filling stations across America. The franchise business model was starting to go through some growing pains, but the biggest stretch was yet to come.

From Milkshakes To Multimillionaire

The history of franchising now visits an enthusiastic man named Ray Kroc. Kroc made his living selling milkshake mixers to restaurants. He believes so much in his gadgets, that he was willing to put his house on the line to increase distribution. One day, he was meeting with Mac and Dick McDonald, who ran a very profitable hamburger stand that used no less than eight of Ray’s milkshake mixers to meet the demands of customers. Ray was so impressed with the streamlined model and the ability for the McDonald brother to supply a seemingly endless line of customers with fast and satisfying meals. Ray Kroc was hit with an idea, as he imagined this business model springing up across the country, able to provide fast meals at low prices to the customers, while keeping overhead low and profits high for business owners. As luck would have it, the McDonald brothers were in the market for a franchising agent, because they were thinking about selling the license to potential franchise owners across the United States. Kroc signed on to become their exclusive franchising agent, and within a few years, Kroc was able to duplicate the success of the original restaurant in the mid west. With the advent of the highway systems, the restaurants became convenient locations for fast food. However, Ray did not see this trend slowing down.

The McDonald brothers were happy with things the way they were, but Ray had visions of a fast food empire. He bought out the McDonald brothers for $2.7 million in the early 1960s, and by 1963, Kroc had over 500 McDonald’s restaurants open throughout the United States. Currently, there are over 34 thousand McDonald’s around the globe, employing over 1.8 million people. Ray realized that by building McDonald’s restaurants near freeway exit ramps and airports, other businesses – such as franchised hotels and stores – would pop up around them, to offer people convenient one-stop shopping and rest experiences for travelers. If you want to know why we associate the “classic” franchise business with burgers and fries, you now have your answer.

As a means of standardizing practices across all franchise opportunities, the Federal Trade Commission came together in 1978 with a list of requirements. All franchisors, by law, had to present all potential franchisees with a Franchise Disclosure Document before any money changes hands. This disclosure document details information on the franchisor, its history, executive officers, any litigation, the specifics of the business model, and a copy of the legally binding agreement. These requirements are done in the name of fairness and transparency between franchisors and franchisees, so that emerging business owners can make informed decisions.

The Current State Of Franchise Opportunities

The franchise business model still remains one of the most prevalent industries in the United States, providing roughly half of the total retail revenue generated in the country. Franchises exist for almost everything imaginable, from the classic fast food on up to luxury resorts, pest control, and even healthcare. For emerging entrepreneurs who like the idea of a “turn key” business model, franchise opportunities are a great fit.

Own A Finance Business Similar To A Franchise

The Commercial Capital Training Group (CCTG) offers all of the benefits of a franchise opportunity, with some additional advantages. CCTG provides all of the training, branding, and marketing to launch your own business, and it is solely yours. Your own business name. Your own website. Your own hours. And a nearly limitless earning potential. We also provide access to our private support network, where you will receive personalized help if you ever have questions or are running into obstacles.

CCTG trains people in the field of commercial finance. You will learn how to bring business owners and investors together to work out agreements, and take home a healthy profit in the process. When people need funding to launch a franchise of any kind, you will have the knowledge and access to our network of lenders to arrange that financing. Many of our graduates put in fewer hours than most traditional franchise owners, while drawing a larger salary than most full-time franchisees. If you would like to learn more about this exciting opportunity, and finally make your dreams of financial independence a reality, contact The Commercial Capital Training Group today!

Our FREE commercial finance eBook and DVD provides you with information about the prosperous opportunities available to entrepreneurs interested in starting their own commercial finance business and pursuing a career in a lucrative industry. Our classes fill up quickly, so contact us today to reserve your spot. The next training class is:

The Commercial Capital Training Group made the Inc. 5000 list, holds a stellar business standing with the Better Business Bureau and made the Albany Business Review's Top 25 Fastest Growing Companies.

STAY CONNECTED WITH US